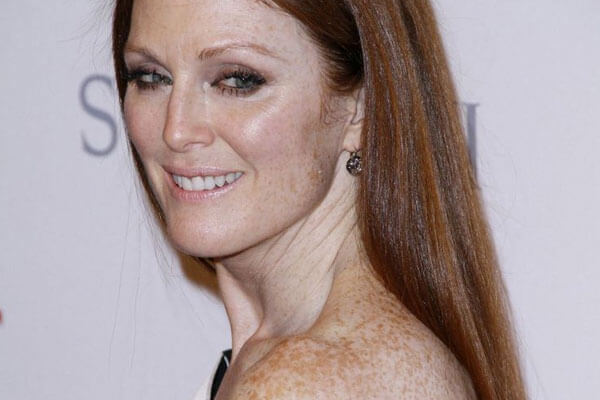 Freckles are small brown spots usually found on the face and arms. Freckles are extremely common and are not a health threat. They are more often seen in the summer, especially among lighter-skinned people and people with light or red hair.

Since freckles are almost always harmless, there really is no need to treat them. As with many skin conditions, it's best to avoid the sun as much as possible, or use a broad spectrum sunscreen with at least 7% zinc oxide physical blocker and SPF 30. This is especially important because people who freckle easily (for example, lighter-skinned people) are more likely to develop skin cancer.

The sun has a profound effect over years of exposure on the skin, causing premature skin aging, skin cancer, and many other skin changes. Exposure to ultraviolet (UV) light from the sun accounts for most premature skin aging. Many skin changes that were commonly believed to be due to aging, such as easy bruising, are actually a result of prolonged exposure to the sun.

What are the skin changes that occur with sun damage?

Skin texture changes caused by UV exposure (eg, from sunbathing, tanning) include thick skin in coarse wrinkles, especially on the back of the neck, and thinning of the skin causing fine wrinkles, easy bruising, and skin tearing, particularly on the forearms and back of the hands.

Blood vessel changes lead to bruising with only minor trauma in sun-exposed areas. The sun also causes the appearance of tiny blood vessels (telangiectasias) in the skin, especially on the face.

Skin color changes caused by sun exposure are common. The most noticeable sun-induced pigment change is brown spots. Light-skinned people are particularly prone to freckles. Large freckles, also known as age spots or liver spots, can be seen on the backs of the hands, chest, shoulders, arms, and upper back. UV exposure can also cause small white spots on the legs, backs of the hands, and arms, as well as red areas on the sides of the neck.

Moles are usually seen in sun-exposed areas. Although it is normal to acquire new moles from childhood through young adulthood, their formation is stimulated by the sun. Most moles are normal; atypical moles, which are seen in non-sun-exposed areas and are larger and more irregular than normal moles, serve as an indicator that the person with these types of moles may be prone to developing melanoma, a type of skin cancer.

Pre-cancerous skin changes include red, scaly lesions (especially on the face, ears, and backs of the hands) called actinic keratoses. When on the lip (usually the lower lip), it is called actinic cheilitis. Actinic keratoses are considered premalignant lesions because 1 in 100 cases per year will develop into squamous cell carcinoma, another type of skin cancer.