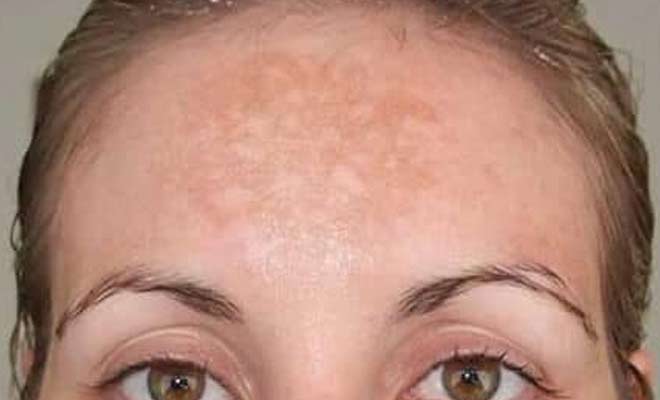 Melasma is a common skin problem, which causes brown to gray-brown patches, usually on the face. Most people get it on their cheeks, bridge of their nose, forehead, chin, and above their upper lip. It also can appear on other parts of the body that get lots of sun, such as the forearms and neck.

What causes melasma is not yet clear. It likely occurs when the color-making cells in the skin (melanocytes) produce too much color. People with skin of color are more prone to melasma because they have more active melanocytes than people with light skin.