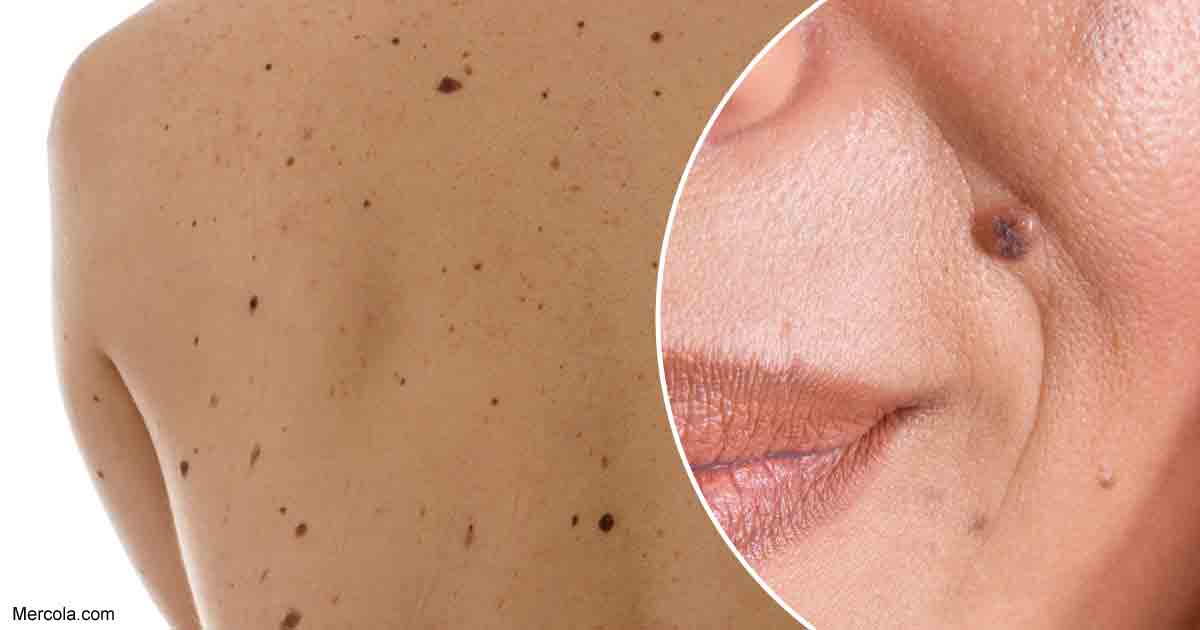 Moles (also called nevi) are a common type of skin growth. They often appear as small, dark brown spots and are caused by clusters of pigmented cells. Moles generally appear during childhood and adolescence. Most people have 10 to 40 moles, some of which may change in appearance or fade away over time.

Most moles are harmless. Rarely, they become cancerous. Monitoring moles and other pigmented patches is an important step in detecting skin cancer, especially malignant melanoma.

What are the symptoms?

The typical mole is a brown spot. But moles come in different colors, shapes and sizes:

Moles can develop anywhere on your body, including your scalp, armpits, under your nails, and between your fingers and toes. Most people have 10 to 40 moles. Many of these develop by age 50. Moles may change in appearance or fade away over time. Hormonal changes of adolescence and pregnancy may cause moles to become darker and larger.

Unusual moles that may indicate melanoma

This ABCDE guide can help you determine if a mole or a spot may indicate melanoma or other skin cancers:

Cancerous (malignant) moles vary greatly in appearance. Some may show all of the features listed above. Others may have only one or two.

Moles are caused when cells in the skin (melanocytes) grow in clusters or clumps. Melanocytes are distributed throughout your skin and produce melanin, the natural pigment that gives your skin its color.

What are the complications of moles?

Melanoma is the main complication of moles. Some people have a higher than average risk of their moles becoming cancerous and developing into melanoma. Factors that increase your risk of melanoma include: