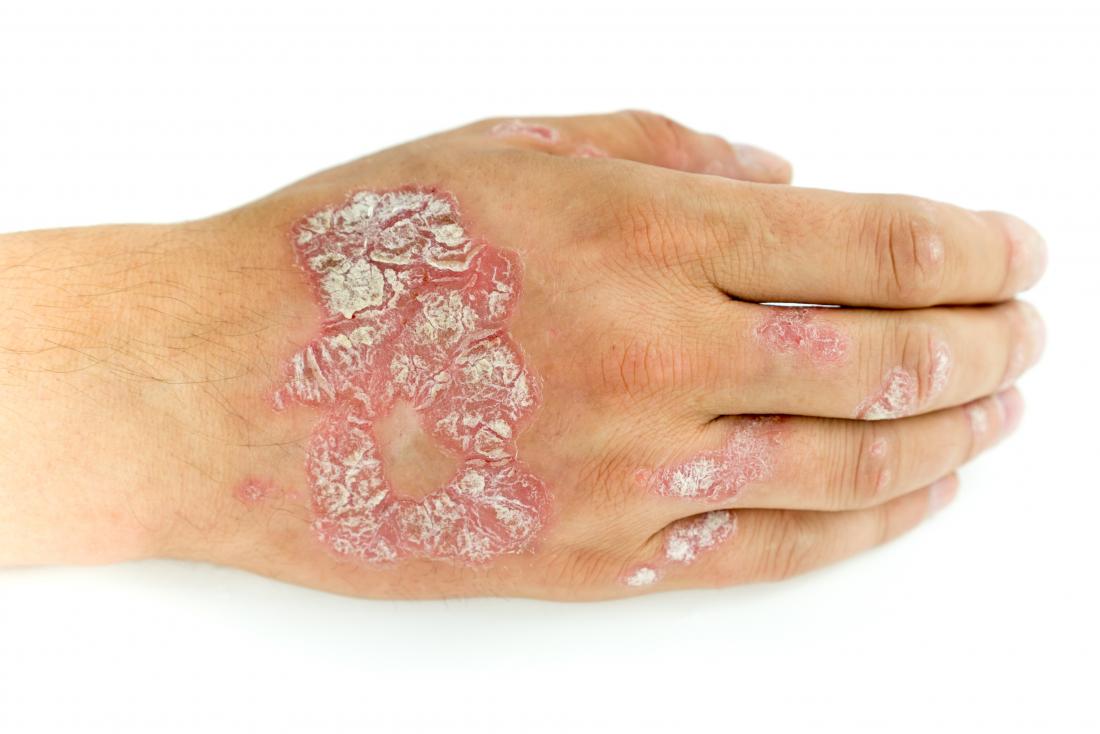 Psoriasis is a common skin condition that speeds up the life cycle of skin cells. It causes cells to build up rapidly on the surface of the skin. The extra skin cells form scales and red patches that are itchy and sometimes painful.

Psoriasis is a chronic disease that often comes and goes. The main goal of treatment is to stop the skin cells from growing so quickly.

There is no cure for psoriasis, but you can manage symptoms. Lifestyle measures, such as moisturizing, quitting smoking and managing stress, may help.

What are the symptoms of psoriasis?

Psoriasis patches can range from a few spots of dandruff-like scaling to major eruptions that cover large areas.  Most types of psoriasis go through cycles, flaring for a few weeks or months, then subsiding for a time or even going into complete remission.

What are the causes of psoriasis?

The cause of psoriasis isn't fully understood, but it's thought to be related to an immune system problem with T cells and other white blood cells, called neutrophils, in your body.  In a process called cell turnover, skin cells that grow deep in your skin rise to the surface. Normally, this takes a month. In psoriasis, it happens in just days because your cells rise too fast.

Psoriasis typically starts or worsens because of a trigger that you may be able to identify and avoid. Factors that may trigger psoriasis include:

What are the risk factors?

Anyone can develop psoriasis, but these factors can increase your risk of developing the disease: